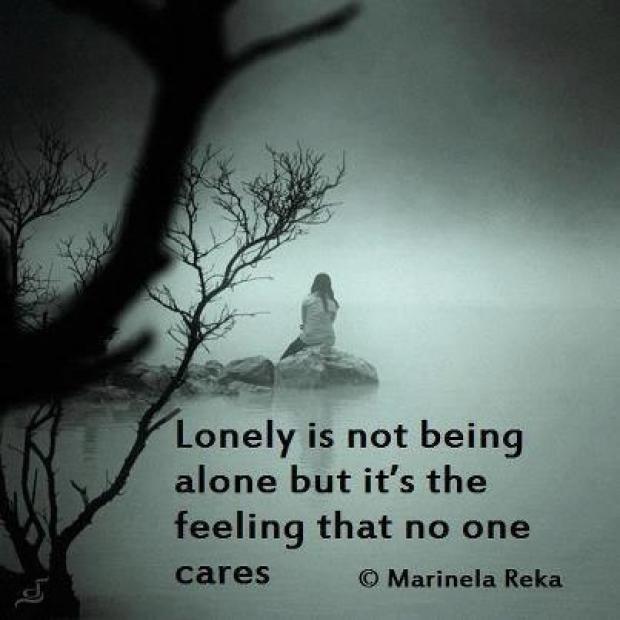 Her job? To tackle an issue facing around nine million people in the U K , both young and old.

Look back to the 1950’s would there have been a need for a minister, appointed by the Prime Minister specially to tackle loneliness? Not that I remember….but look at any pictures of those days, or even better watch Call the Midwife and we see neighbours hanging out washing together, we see children playing in the streets , we see Dr’s doing house calls, we see the milkman knowing the life story of his customers, we see community. Obviously life in the 50’s was not perfect, poverty was the norm, but then, pretty much everyone in the community was poor so you did not feel different.

How have we gone from a nation of people who would notice if they did not see their neighbour for a day or two, to a nation where a people do not leave their house for weeks on end and no one notices?

The BBC writes today ” A 2017 report said loneliness was as harmful to health as smoking 15 cigarettes a day.” ” An estimated half of people aged 75 and over live alone – about two million people across England – with many saying they can go days, even weeks, with no social interaction at all.”

Loneliness amongst the elderly has been an ongoing issue, which I think people in general are aware of, and slowly more is being done, the spare chair Sunday initiative launched in 2015 encouraged people to open their home to an elderly guest and invite them for a warm and delicious lunch. There are many more befriending agencies then in the past but sadly there is still a long way to go, with library’s and social clubs closing due to lack of funding, children moving further and further away from their parents home, friends and partners passing away, and inability to access transport needs the elderly are finding themselves more isolated then ever before. last year, Charity WRVS warned that more then 360,000 older people felt lonely because their children were too far away and too busy to see them.

It just takes a minute, knock on the door of an elderly neighbour and ask if they are ok.

I wanted to write about loneliness in younger people. research by the Mental Health Foundation found that social media is fuelling isolation among young people. From personal experience, using Wats App has affected my social interaction in a huge way, my husband often gets exasperated when I have a whole conversation through voice message rather than picking up the phone and talking to someone.  Facebook is a world of likes and dislikes, to the extent that a young person putting up messages that she is about to commit suicide will get liked, rather then anyone actually connecting with her and having a conversation.

A young mother for example, staying home with her baby, unable to go out for long due to her babies needs can find her mental health deteriorating at an alarming rate, the need to put on a smile, paint the mask of being a capable, in control parent when going out due to fear of being judged as not coping will become more and more isolated, whilst her single friends are out, working, socialising she is alone.

A stay at home or single dad may find that any groups he does want to go to are overrun with women and feels isolated.

So what to do?

For some people, opening the curtains in the morning is the first step, and a massively positive first step.  taking that scary first step can lead to more and more baby steps, to feel the fear and do it anyway, to give yourself a pat on the back for the smallest of things, can slowly bring about a positive change.

I have heard of people adopting a dog or cat, animals can bring comfort beyond measure.

whatever a person is interested there is something that they can get involved with, for example I love writing, doing a quick search in my area for creative writing groups I am directed to a local café holding open mic nights, and writing and sharing groups. If biking is your thing, there are cycling groups in most areas. interested in Art? do a search of groups in your area.

Volunteering is an amazing way to feel less alone, volunteers are an integral part of the Charity I work at.  There are so many different ways to volunteer that can change a persons life for the better drastically.

Community, though community can at times be suffocating being involved in your community can help combat loneliness. Your local synagogue, church etc. may be able to provide opportunities for you. Another aspect of community is right there in your street, it takes courage to knock on a door of a stranger, but you never know, the person behind the door next to you may be lonely to, they may be hoping that you will take the step and knock on their door.

One last thing, through any kind of group, workshop or volunteering opportunity make a friend, even if it is only one friend, that is all you need for the times when the desperation to have human contact is at its biggest. A friend can bring so much to a persons life.

All the above can sound like a mountain to someone who is alone and afraid, but take the one step, open the curtains, google a group, knock on the door, and every step you take however tiny give yourself credit, you deserve it.

This site uses Akismet to reduce spam. Learn how your comment data is processed.

Join 152 other followers
Follow The Musings of Sara on WordPress.com